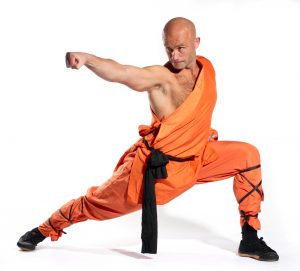 If you look at where Kung Fu and Muay Thai started, the cultures were similar, even though Muay Thai started about 1900 years later. Kung Fu origination is disputed. Some believe that it originated at the Shaolin temple by an Indian Buddhist monk while others claim it was around long before that temple existed. It’s based on animal movements and was the father to karate, which started on the island of Okinawa, close to China. Kung Fu started as a program to help the Buddhist monks get stronger and healthier and then developed into the fighting technique of today.

Muay Thai was developed to protect the nation of Siam, which is now Thailand.

The Siamese army was created in 1238 AD to protect the capital city, Sukhothai. Hand to hand combat was taught, just as use of weapons were. To give the soldiers more defense, the use of the entire body as a weapon was also part of the focus. It became part of the culture are camps were created that focused not only on the self-defense, but also exercise and discipline. The Buddhist monks even learned the art and passed it from generation to generation. The name means combat from Thai—Thailand.

What is Muay Thai?

Often called “The Art of Eight Limbs,” Muay Thai uses the hands, elbows, shins and knees to fight. Each is used as you might use a weapon. The hands can be used as swords and daggers while the elbows are used as a weapon to create heavier blows. The forearms and shins are the armor to protect the fighter from his opponents blows. Muay Thai is unlike Kung Fu in that form mimicking animal movements is prominent in Kung Fu, while Muay Thai uses the body as you would use a weapon.

Muay Thai is all about sparring and Kung Fu about practicing form.

Learning various poses may provide the appropriate form, but doesn’t give an advantage when the real battle comes. Looking back at the start of Kung Fu as a form of exercise for health that later was used for self-defense, compared to Muay Thai as a weapon for war and self-defense first that was later used for health, you can see why sparring is an effective way to learn skills in a real fight faster.